I thought I would post a build thread for my Sandie here. This will be an after the fact as I have completed it and been approved. I want to do this to document what it was like to build it over 6 months. I posted as I went along on the NDG costume build group on Facebook. That was very useful to me as I got instant feedback as I was working on my armor and posting pics right from the phone to FB is simple. The downside is it's not easy to go back and look that up. For anybody new coming along a build thread is extremely useful. I read numerous ones on WhiteArmor and MEPD as I was preparing and building. So I will edit this as I can, but wanted to start it today since we have a new forum and no build info on it. I ordered my kit from AM in California. Their armor kits are fantastic. I can't say enough good things about the kit. Thick and beautiful white ABS plastic with a clear acrylic layer over the top. 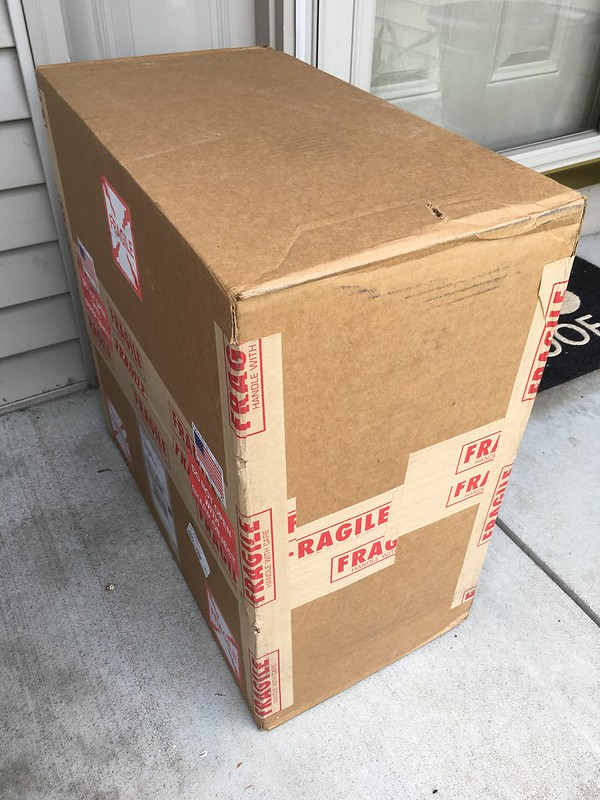 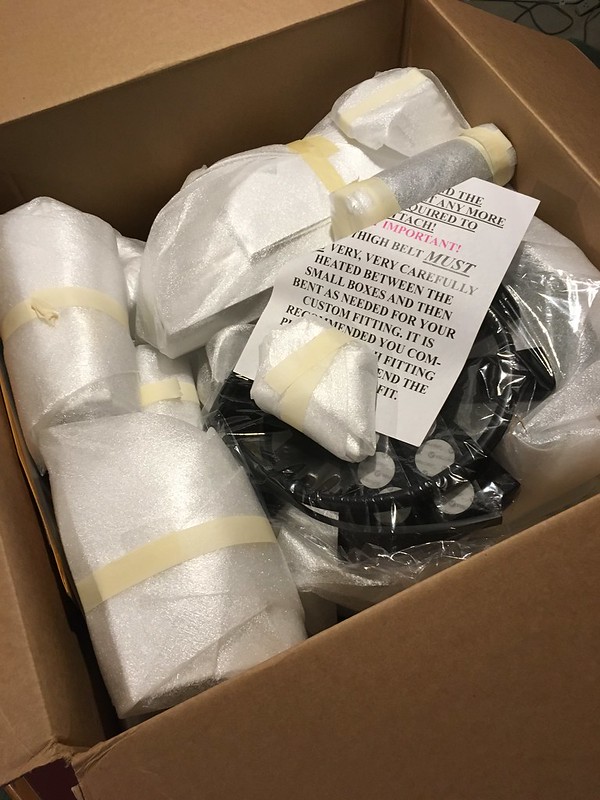 Pieces were unboxed, unwrapped, inspected, sorted and placed on a shelving unit: 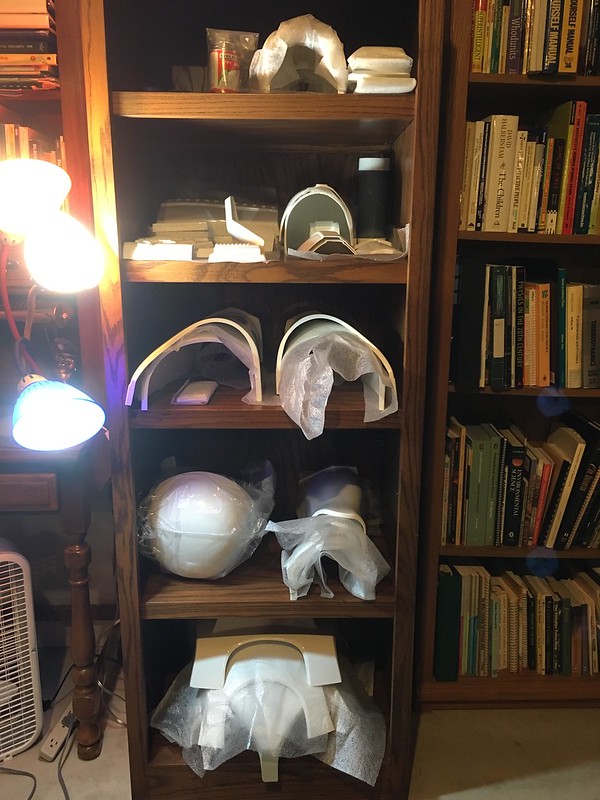 Here's the four main pieces for the helmet, how in the galaxy does this go together?! LOL 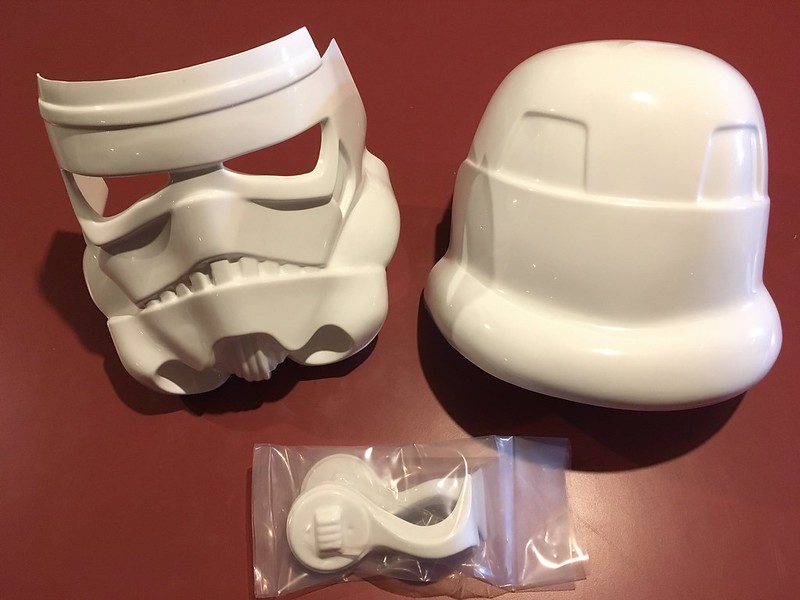 Obviously HUGE scene missing that I will be filling in over the coming days and weeks. But here is the completed armor on December 15, 2018. That was my first troop and the day I was officially made a member of NDG and the 501st Legion. It was exactly 180 days after the delivery of my BBB back in June! 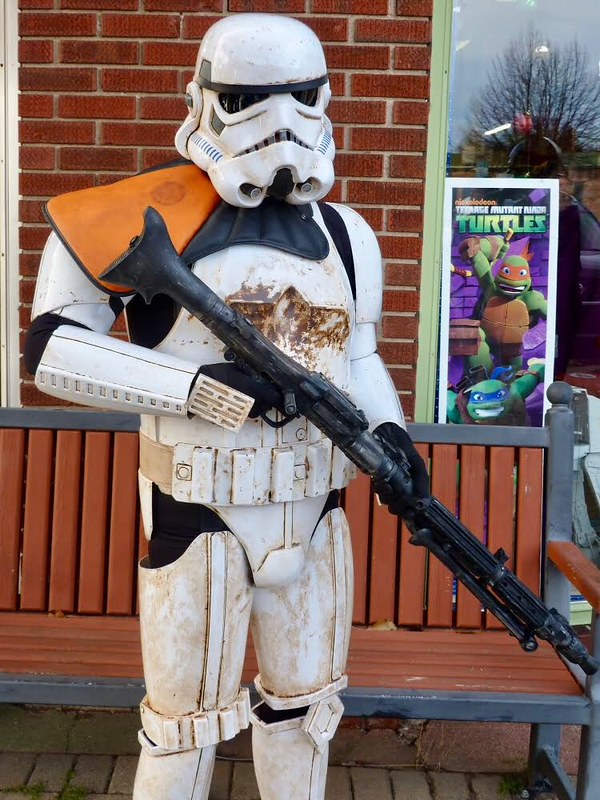 Continuing my build story. I need to discuss my decision process of regular Stormtrooper or Desert Stormtrooper, aka Sandtrooper. I was unsure at first, but always drawn to the aesthetic of the weathered Sandtrooper. The more research and reading I did the more sure I was that I had to be a Sandtrooper. They were the first armor made for the movie production. Only a total of six sets of Sandtrooper armor were ever made as opposed to 50 sets of regular Stormtrooper armor. They had to be done and sent to Tunisia for filming in early 1976. Even though the first Stormtroopers seen are those boarding the Tantive IV at the start of the Star Wars Ep. IV, that was filmed later in England after production in Tunisia wrapped up. So once I decided that I read everything I could find on MEPD.net regarding Sandtrooopers. Note, MEPD is the 501st Legion Detachment for Sandtroopers and other heavily weathered troopers. I decided that I wanted to do the second Captain (with an orange pauldron) seen in the famous road block scene were Luke, Obi Wan and the droids are stopped for questioning. This Captain can be seen standing behind the landspeeder here, note the web site looksirdroids.com is super helpful when researching Sandtroopers:

Details of the armor configuration from MEPD here: 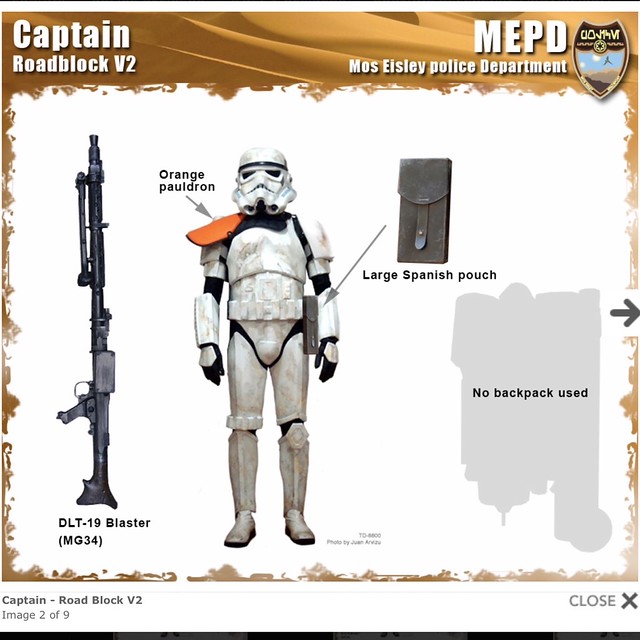 The fact this Captain does not wear a back pack was important to me as I have a bad back and the extra weight (not to mention the added expense) would be a problem for me.

Once all that was decided. It was time to start the build. The first thing I did was cut out the teeth on my helmet. Note on an AM kit the eyes are already cut out and lot of the trimming in general has been done. This happened at an armor party at Hunter Smoke's. It was great to be able to talk in person with experienced members as I gained confidence to actually cut on the plastic. You can see the initial results here: 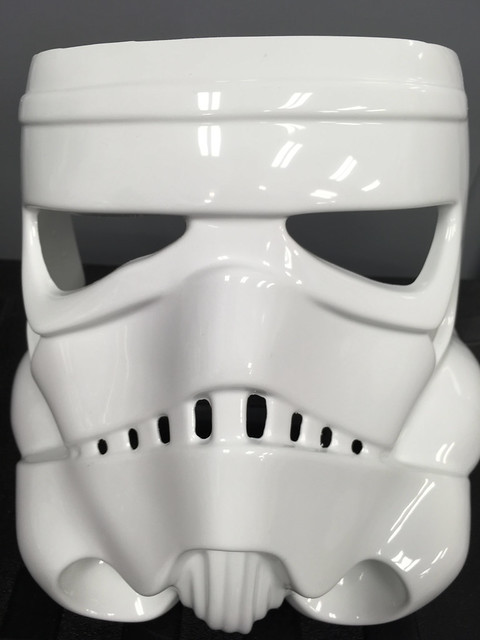 Then I went back when I got home and cleaned them up with a file:

After working on the helmet teeth I moved on to forearms. The AM kit is made for larger sized people and I needed to trim them down quite a bit: 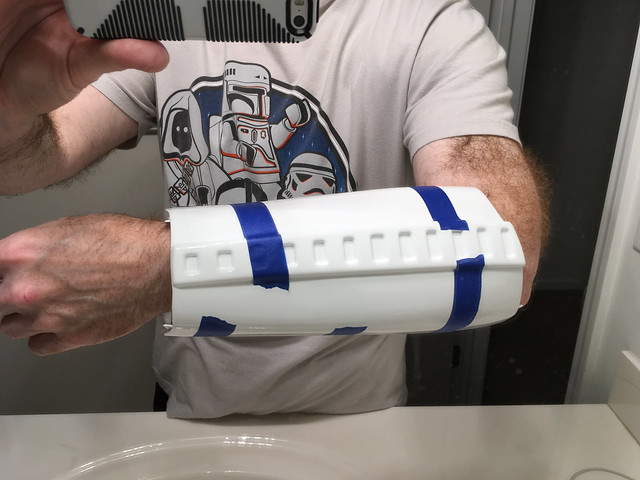 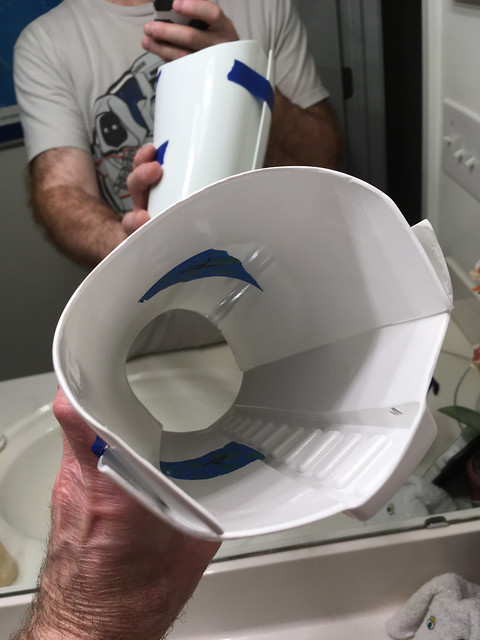 Next topic is glue. This stuff is called E-6000 and I highly recommend it. It's what most people use as it is very strong but can be taken apart if needed. 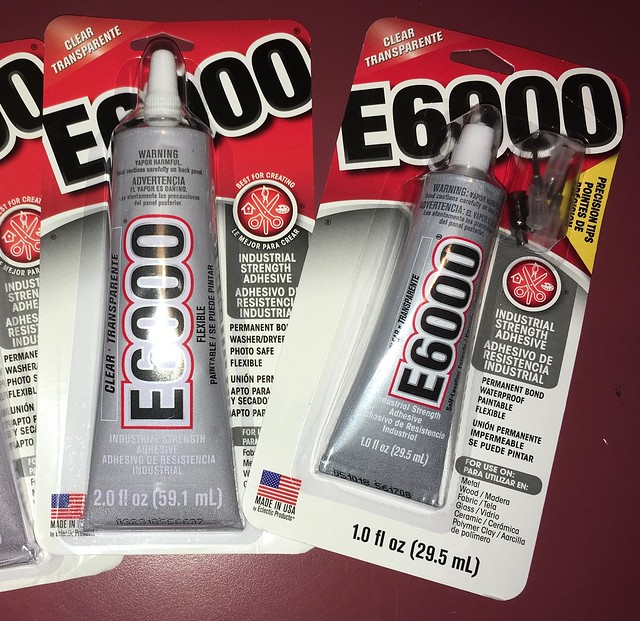 Clamps and rare earth magnets are a must for assembly: 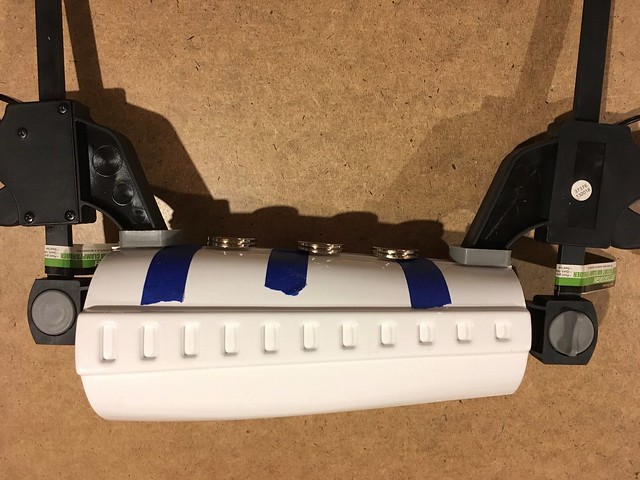 Forearm halves are assembled using a cover strip cut from a sheet of ABS placed on the outside and inside: 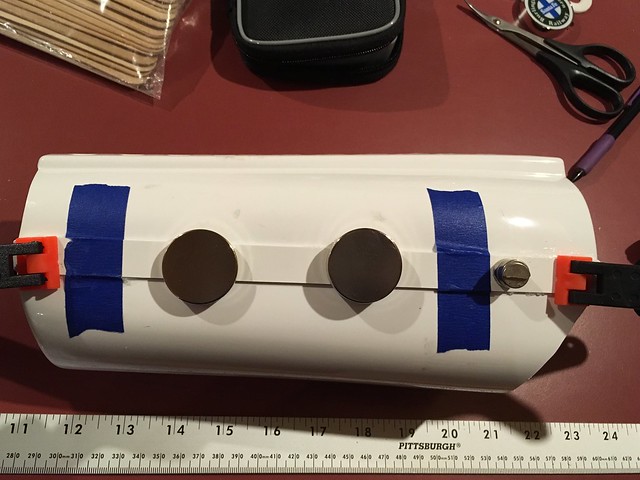 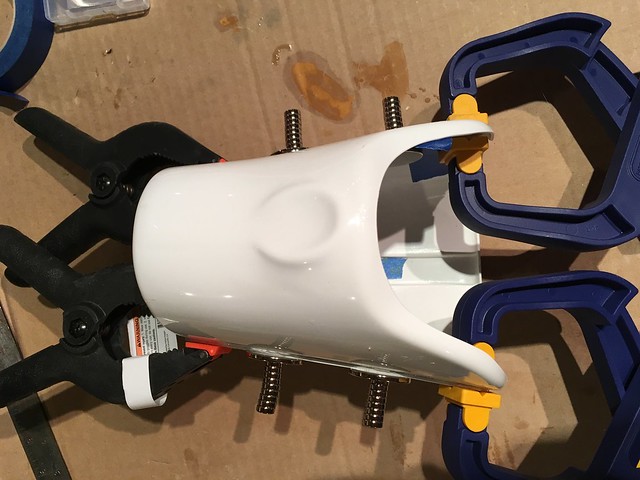 Other things to source include a neck seal. I got mine from Geeky Pink's Phantastic Gaskets. She's a 501st member and can be found on Facebook. The quality is superb: 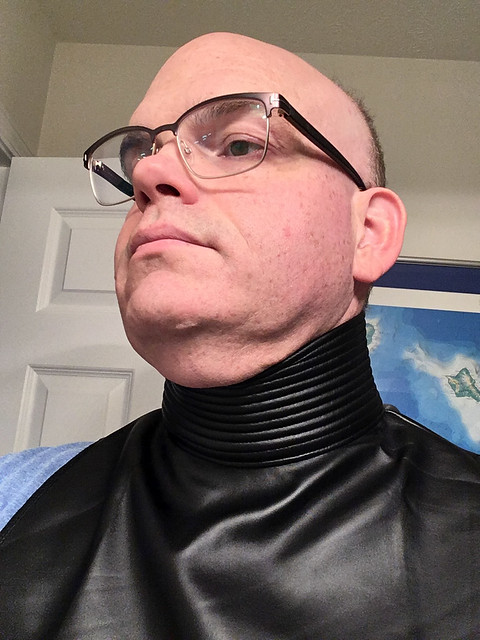 Pauldron by Trooper1 over on MEPD. Again, top quality: 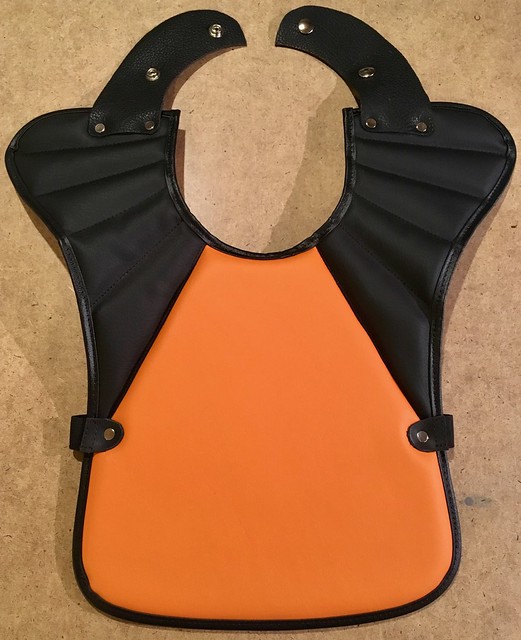 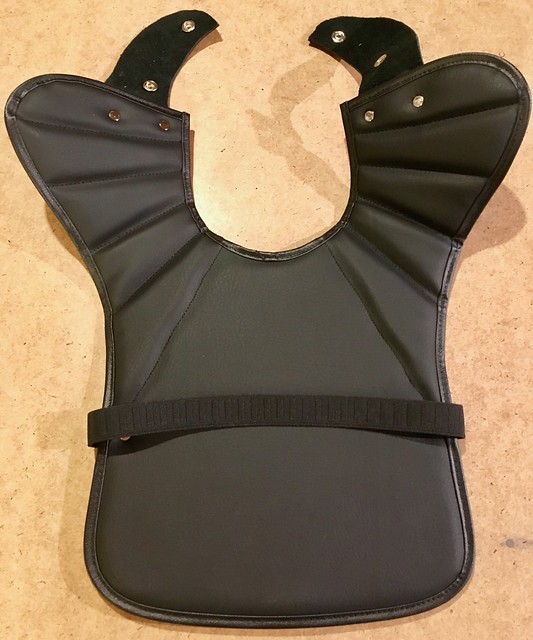