Hi, I'm Bill... and I have a costuming additiction

Let us know who you are, what costumes you have and what you are working on, as well as any other info you want to share about yourself.
Post Reply
7 posts • Page 1 of 1

Hi, I'm Bill... and I have a costuming additiction

I figure this is a great place for us to stop in, say a bit about who we are, where we come from, and why we are a part of this crazy stupid plastic spaceman club.

I grew up watching Star Wars as a kid in the 70s. It literally is my first memory in life, seeing Star Wars on a 70mm ultra widescreen theater in Denver, Colorado. I grew up with the toys, and played lightsabers, and did all of those things that children of the 80s did when the movies were coming out, and the toys were everywhere.

Then came the dark times. The period from about 85 to the late 90s when there was nothing SW related.I got into GI Joe and said I was "too old for Star Wars." I was wrong.

Then these crazy books by Zahn came out.. and there was renewed interest. Then came the Special Editions and new toys in the stores. I bought them all from the POTF line, even paying $50 on eBay for the monkey-face Leia. Then came the prequels. I was a spoiler nut, obsessed with every little detail I could find. So I found a spoiler and news website called TheForce.net. It had leaks, spoilers, and forums, oh my!

It also had a side forum called FanForce. It was a place designed for people to connect with other nerds and geeks and obsess together over Star Wars -- but in person! Gasp! Back in the early days of the internetz, people were scared to meet strangers from the Internet. Now, we use it to get in cars with strangers. Crazy what 20 years will do!!!

in 1999 I joined those forums and started laying the foundation for the Rocky Mountain Fan Force (www.rmff.net.) We became official in 2001, and I was the original founding Chapter Rep (equivalent of GCO or Base CO). It was a social club where there were no costume requirements, just a desire to meet up with fellow enthusiasts. We went to movies together, local cons, etc. I became the Southwest Region Support Administrator where I helped grow Fan Forces in Colorado, New Mexico, Arizona, Utah and California. Many of my best friends to this day were there at those first meetings. BTW, the RMFF is still going strong and is old enough to vote! My daughter Jessica was at the very first meeting as a newborn infant, and she is now 18!!!

And at the first meeting, there was a guy who was in the 501st with a Biker Scout kit. He showed us pictures, and I was hooked! I started obsessing over the thought of doing a costume. I finally achieved that with a Rebel Fleet Trooper that was approved by the Rebel Legion in time for the AOTC movie premiere.

I moved to Arizona from 2002-2004 and joined the Rebel Legion there and trooped with the Dune Sea Garrison regularly. It was a bad time to be a rebel because back then, it was common for folks in the 501st to act the part full time, and there was a lot of not so playful anti-rebel hate and discontent. Not all 501sters were that way, but back then, it was common for 501st folks to always act like they were Stormtroopers, in kit and out. Fortunately, things have gotten better over time.

Then in 2006, I got approved in the RL and 501st with a Tusken Raider. My first dual-membership kit! Woohoo!!!

I went to Celebration IV, and was able to recreate this iconic scene from ANH:

By then, I realized that I had a full on addiction to the build. I love building kits. But because I was on a budget (and still am), I typically keep a costume for a couple of years, then sell it to fund the next kit.

I was extremely involved in the Mountain Garrison and Mountain Base RL. Because I was multi-group (Rebel, 501st and RMFF), I was the unofficial official ambassador between the groups and helped smooth out a lot of the inter-group friction. Between 2006 and 2009 we worked out the inter-group rivalries and made it so that people form any group were welcome at each others troop, unless the host specifically requested only one. This was a huge accomplishment!

Then, I kept on building kits, selling them, and making new kits.

I then moved to Indiana last year and joined this garrison.

In all, I have done these kits:

I built this craft foam clone trooper for my son:

3 501st approveable jawas for my kids
( wish I could find a pic of this, but they were great --but too hot for my kids. They trooped in them once and never wanted to again.

So I immediately sold them for what I had invested. )

And now I'm trying to finish my MMCC Mando gunslinger.

So there is literally 20 years of Star Wars fan club participation.

Bill.... Me too brother. It takes all my monies

I'm Jeff and I have the same addiction 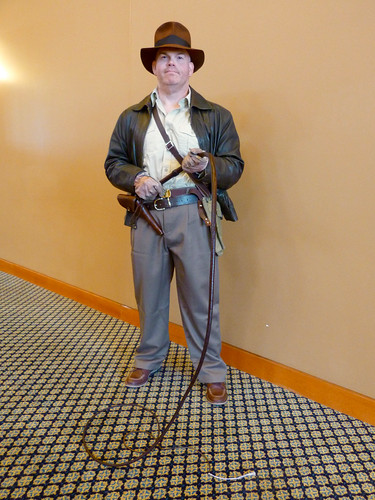 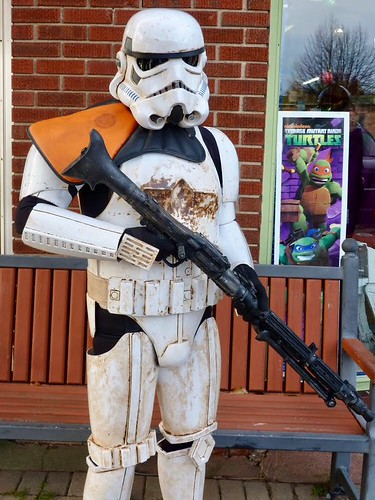 I just want to go on record and say that I will not be competing with Bill for number of costumes completed. I'm lucky to have made it through one build, let alone... however many you've done! Very impressive catalog!

Looking forward to trooping with you, sir!
Top
Post Reply
7 posts • Page 1 of 1

Return to “Introduce Yourself”